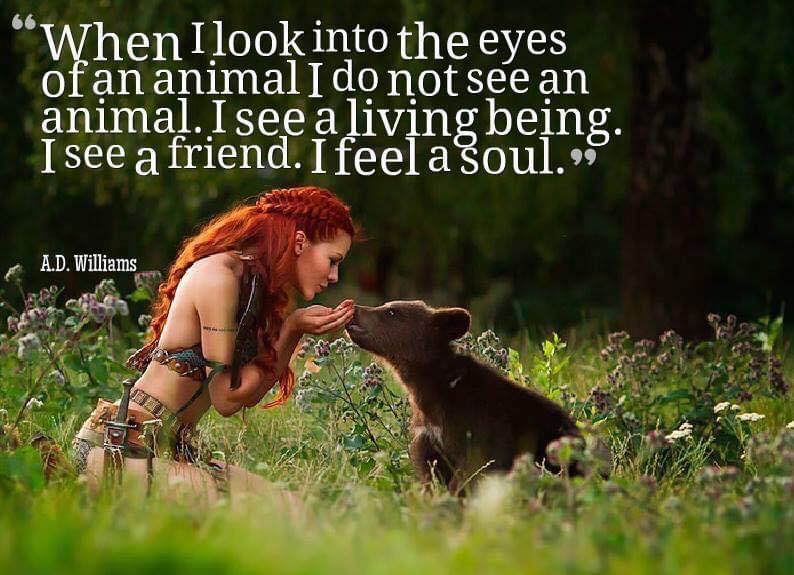 . . . the ethical principle on which human equality rests requires us to extend equal consideration to animals, too
–Peter Singer, Animal Liberation

«We consume the carcasses of creatures of like appetites, passions, and organs as our own,
and fill the slaughterhouses daily with screams of pain and fear.»
Robert Louis Stevenson
«I hope to make people realize how totally helpless animals are, how dependent on us, trusting as a child must that we will be kind and take care of their needs …[they] are an obligation put on us, a responsibility we have no right to neglect, nor to violate by cruelty.»
James Herriot 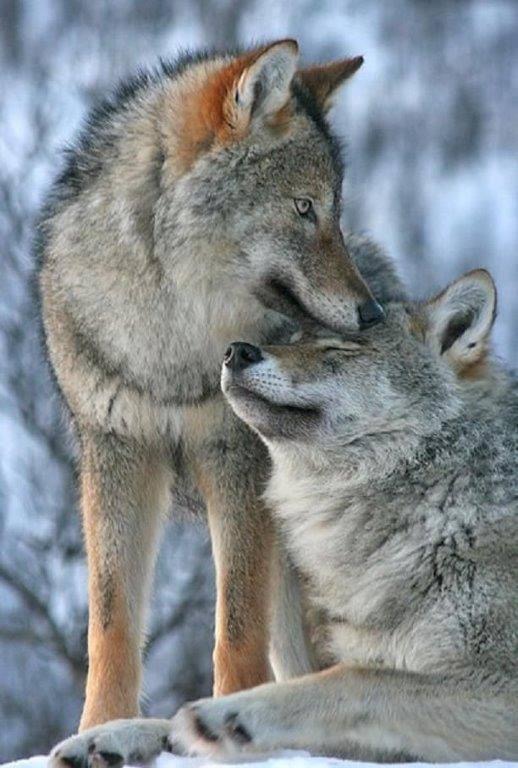 «The indifference, callousness and contempt that so many people exhibit toward animals is evil first because it results in great suffering in animals, and second because it results in an incalculably great impoverishment of the human spirit. All education should be directed toward the refinement of the individual’s sensibilities in relation not only to one’s fellow humans everywhere, but to all things whatsoever.»
Ashley Montague

«For too long we have occupied ourselves with responding to the consequences of cruelty and abuse and have neglected the important task of building up an ethical system in which justice for animals is regarded as the norm rather than the exception. Our only hope is to put our focus on the education of the young.»
John Hoyt 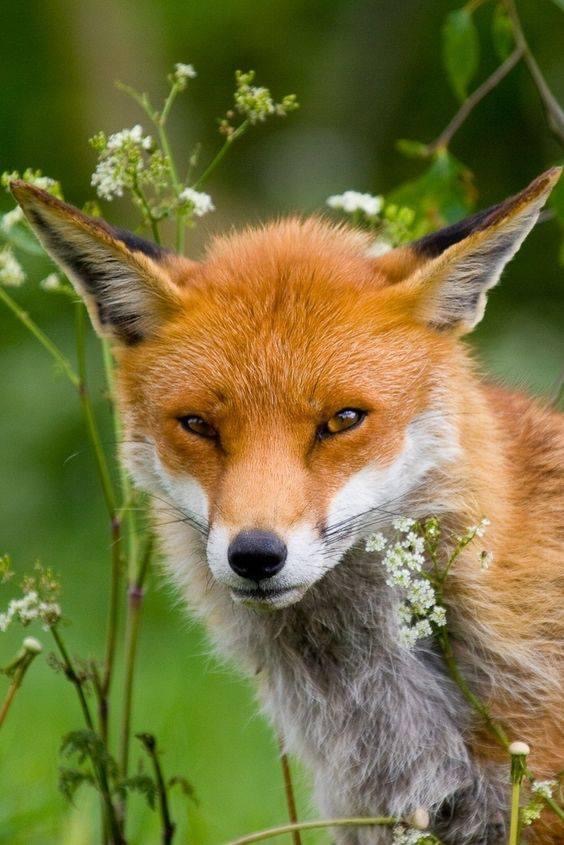 «Humans – who enslave, castrate, experiment on, and fillet other animals – have had an understandable penchant for pretending animals do not feel pain. A sharp distinction between humans and «animals» is essential if we are to bend them to our will, make them work for us, wear them, eat them – without any disquieting tinges of guilt or regret. It is unseemly of us, who often behave so unfeelingly toward other animals, to contend that only humans can suffer. The behavior of other animals renders such pretensions specious. They are just too much like us.»
Dr Carl Sagan & Dr Ann Druyan
[Shadows of Forgotten Ancestors, 1992] 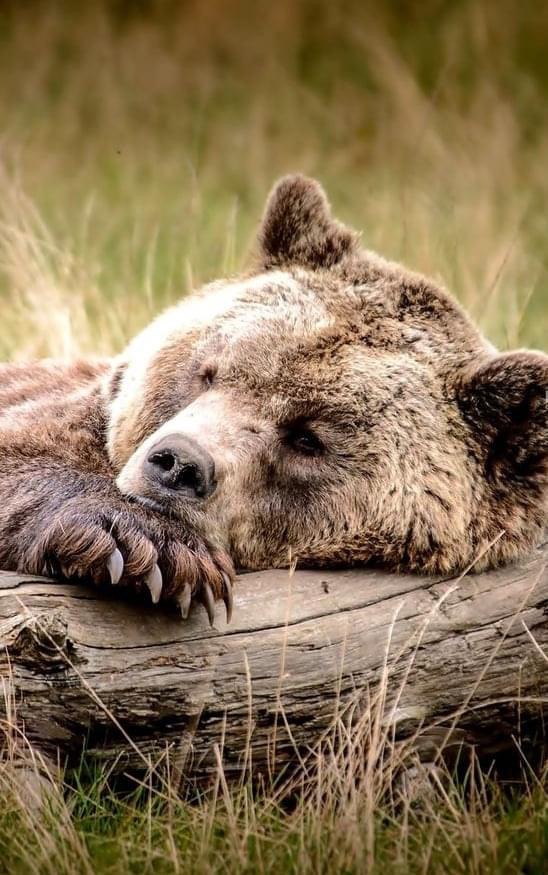 «May all that have life be delivered from suffering.»
Gautama Buddha
(563BC – 483BC)

«The Test of a Civilization is the way it that it cares for its helpless members.»
Pearl S Buck

«What do they know – all these scholars, all these philosophers, all the leaders of the world – about such as you? They have convinced themselves that man, the worst transgressor of all the species, is the crown of creation. All other creatures were created merely to provide him with food, pelts, to be tormented, exterminated. In relation to them, all people are Nazis; for the animals it is an eternal Treblinka.»
Isaac Bashevis Singer
(The Letter Writer) 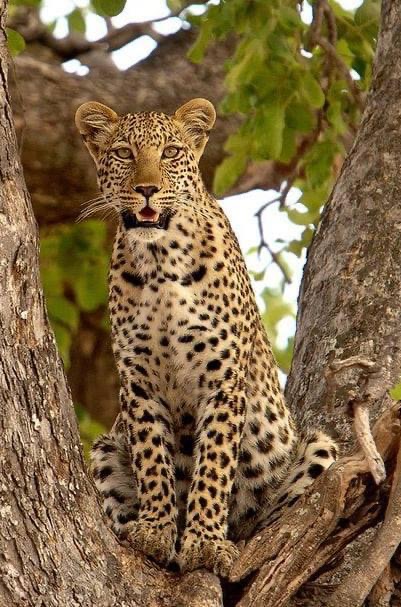 «God forbid that I should go to any heaven where there are no horses»
R.B. Cunningham-Graham

«We call them dumb animals, and so they are, for they cannot tell us how
they feel, but they do not suffer less because they have no words.»
Anna Sewell 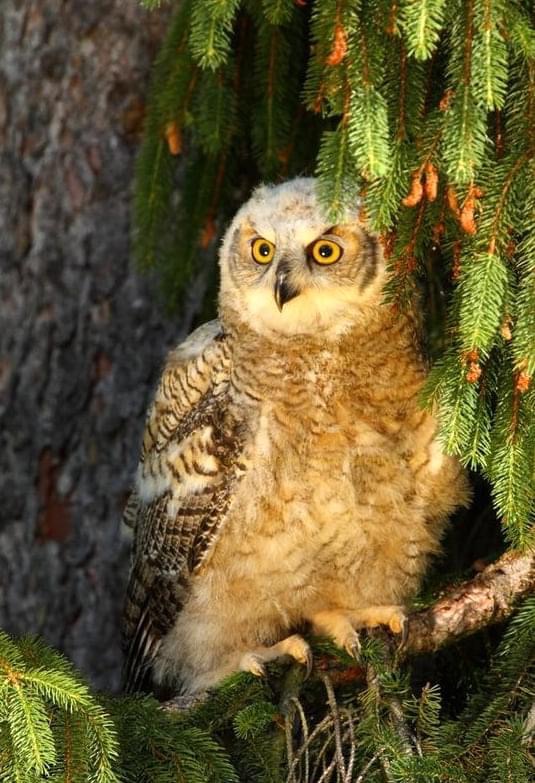 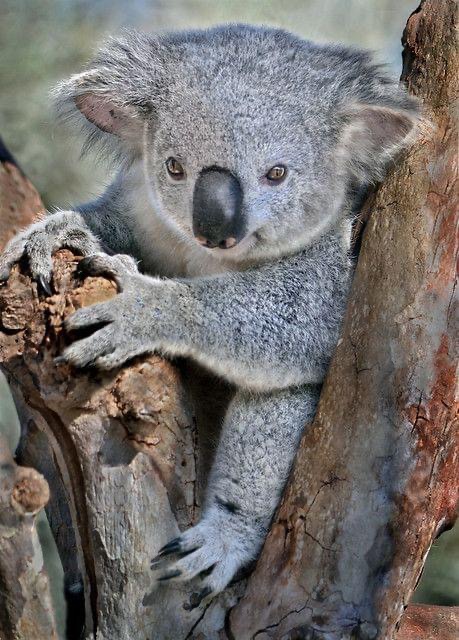 «Killing animals for sport, for pleasure, for adventure, and for hides and furs is a phenomena which is at once disgusting and distressing. There is no justification in indulging is such acts of brutality.»
Dalai Lama 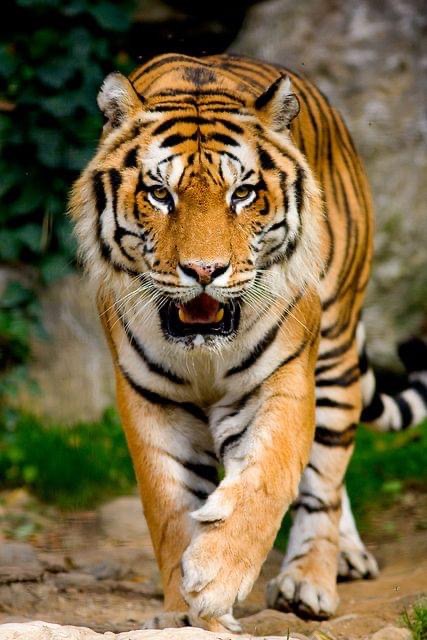 «Until we stop harming all other living beings, we are still savages»
Thomas Jefferson

«The person who kills for fun is announcing that, could he get away with it, he’d kill you for fun.»
Brigid Brophy 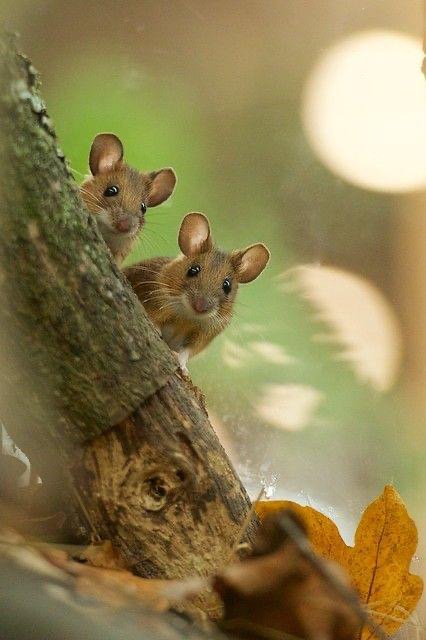 «They charge me with fanaticism. If to be feelingly alive to the sufferings of my fellow-creatures is to be a fanatic, I am one of the most incurable fanatics ever permitted to be at large.»
William Wilberforce

«I will not kill or hurt any living creature needlessly, nor destroy any beautiful thing, but will strive to save and comfort all gentle life, and guard and perfect all natural beauty upon the earth.»
John Ruskin 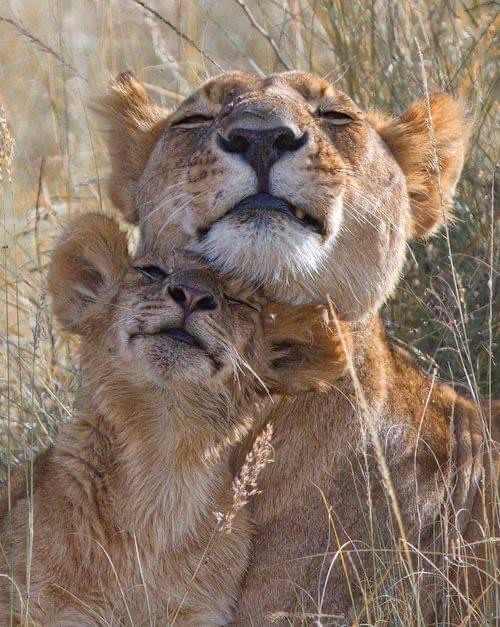 «What are we doing when we brainwash children in schools to cut open their fellow animals? Are we dangerously desensitizing them? Some of the most warped and blunted people I know are those who have gone through training of this sorts.»
Richard D. Ryder 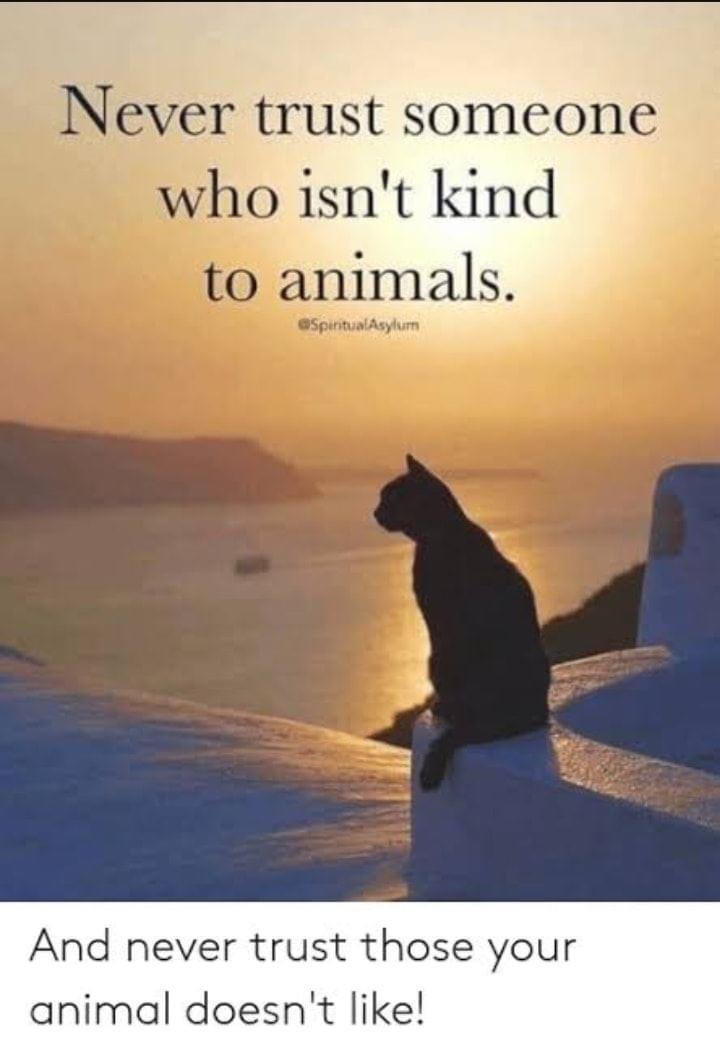 «Animals do feel like us, also joy, love, fear and pain but they cannot grasp the spoken word. It is our obligation to take their part and continue to resist the people who profit by them, who slaughter them and who torture them.»
Denis De Roughement

«People often say that humans have always eaten animals, as if this is a justification for continuing the practice. According to this logic, we should not try to prevent people from murdering other people, since this has also been done since the earliest of times.»
Isaac Bashevis 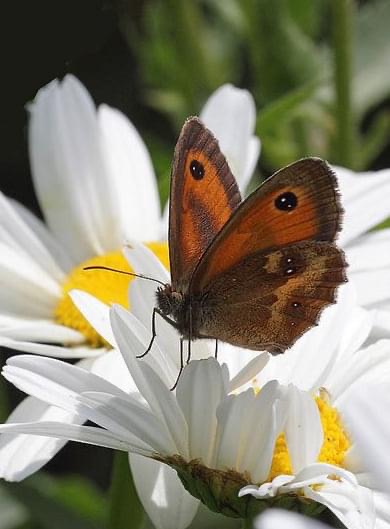 «Truly man is the king of beasts, for his brutality exceeds them. We live by the death of others. We are burial places.»
Charles Mayo 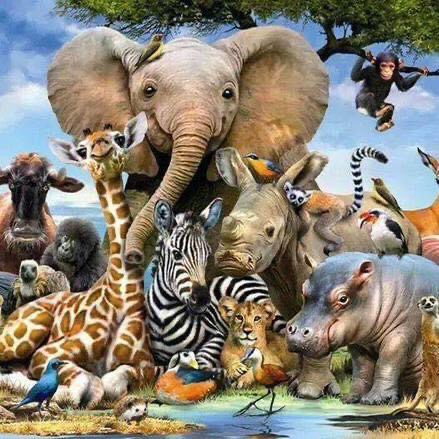 «In an earlier stage of our development most human groups held to a tribal ethic. Members of the tribe were protected, but people of other tribes could be robbed or killed as one pleased. Gradually the circle of protection expanded, but as recently as 150 years ago we did not include blacks. So African human beings could be captured, shipped to America and sold. In Australia white settlers regarded Aborigines as a pest and hunted them down, much as kangaroos are hunted down today. Just as we have progressed beyond the blatantly racist ethic of the era of slavery and colonialism, so we must now progress beyond the speciesist ethic of the era of factory farming, of the use of animals as mere research tools, of whaling, seal hunting, kangaroo slaughter and the destruction of wilderness. We must take the final step in expanding the circle of ethics.»
Peter Singer 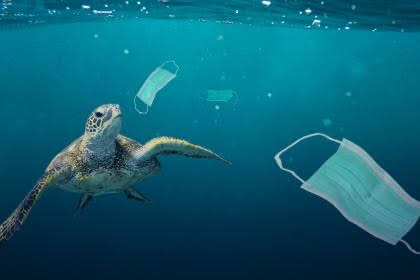 «As a matter of strict logic, perhaps, there is no contradiction in taking an interest in animals on both compassionate and gastronomic grounds. If a person is opposed to the infliction of suffering on animals, but not to the painless killing of animals, he could consistently eat animals that had lived free of all suffering and been instantly, painlessly slaughtered. Yet practically and psychologically it is impossible to be consistent in one’s concern for nonhuman animals while continuing to dine on them. If we are prepared to take the life of another being merely in order to satisfy our taste for a particular type of food, then that being is no more than a means to our end. In time we will come to regard pigs, cattle, and chickens as things for us to use, no matter how strong our compassion may be; and when we find that to continue to obtain supplies of the bodies of these animals at a price we are able to pay it is necessary to change their living conditions a little, we will be unlikely to regard these changes too critically. The factory farm is nothing more than the application of technology to the idea that animals are means to our ends. Our eating habits are dear to us and not easily altered. We have a strong interest in convincing ourselves that our concern for other animals does not require us to stop eating them. No one in the habit of eating an animal can be completely without bias in judging whether the conditions in which that animal is reared caused suffering.»
Peter Singer
(Animal Liberation)

God is our only hope

If any images at this page are not credited by me, and I do not know the owner,
please contact me, so I can either delete or credit you!
All other content:
Laila Henriksen @2020-2021